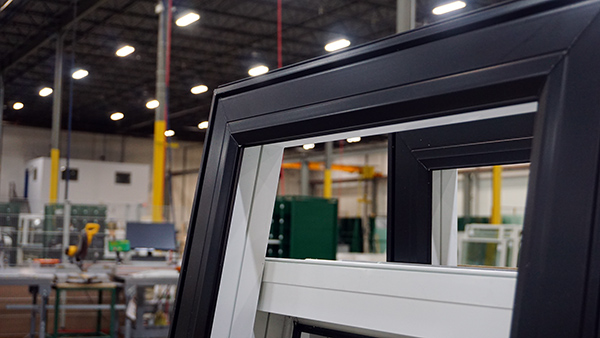 Polyvinyl chloride or PVC is a material commonly used in window construction. Such designs are durable, airtight, and have excellent insulating properties and other advantages. It is an artificial material obtained by emulsion polymerization of vinyl chloride. This raises the question among many users whether it is safe for people. Let’s try to understand the environmental friendliness of PVC windows.

Properties and production of polyvinyl chloride

Polyvinyl chloride does not take up as much space in the plastic window structure as it may initially seem. It is only between 25-30%; the rest is left for double-glazed units, which are classified as environmentally friendly materials.

Polyvinyl chloride is a colorless plastic material, a polymer that is highly resistant to alkalis, acids, solvents, and other aggressive media. It cannot be dissolved in water or alcohol. It is not flammable in its pure form but contains flammable enhancements. When exposed to prolonged sunlight, polyvinyl chloride loses its elasticity and strength.

Production of PVC involves the synthesis of salt and petroleum products, as well as other additives that increase strength, stability, viscosity, and color.

PVC windows are approved in all world countries; this material has been in use for more than half a century, and over that time, no contraindications have been identified. In other words, vinyl windows are authorized everywhere and they are widely used in indoor glazing.

We all know that plastic windows can be both expensive and cheap, and their cost depends on a variety of factors: the type of double-glazed unit, the insulation material used, the fittings, the manufacturer, etc. Another factor that affects the price is the quality of plastic. Its expensive and cheap analogs are used for the production of window structures.

All this affects the end-use properties of windows. A structure made of cheap plastic becomes fragile, has poorer resistance to temperature fluctuations, and turns yellow faster. In terms of eco-friendliness, even cheap plastic, let alone expensive one, is safe for health, except maybe those using super-harmful additives. However, such material simply wouldn’t be certified or be sold officially, so you should probably choose only certified products.

What technologies are used?

Like we said before, PVC is obtained through a polymerization process in which simpler molecules turn into more complex molecules, in other words, a monomer turns into a polymer.

As of today, they use three technologies for PVC production:

As you have learned, window plastic, even cheap (certified) ones, do not emit any harmful substances at normal temperatures. But it can get hot and melt, for example, in a fire. And when this happens, the burning generates new substances that are dangerous to health.

We should note that the melting point of plastic is higher than that of any wood or polystyrene foam, which is often used as thermal insulation. The burning process creates a mixture of harmful gases that aggravate the fire situation, making a person suffocate much faster than with regular smoke.

Rays cannot heat the PVC surface to the melting point, so they are health-safe and do not produce harmful gases.

What do plastic windows release into the atmosphere?

Research has been conducted to show what elements plastic windows emit into the atmosphere under normal operating conditions. Here’s a list and approved standards:

The data above shows that PVC plastic in normal conditions is harmless to people, emitting much less harmful substances than allowed by the standards.

This proves that plastic windows are eco-friendly and harmless to health if the product is certified and purchased from a normal manufacturer. However, when they melt, they emit dangerous gases, which has to be borne in mind.